Welcome to a greener Amman

Amman is getting greener and more accommodating of green spaces. (Motherhood & More) 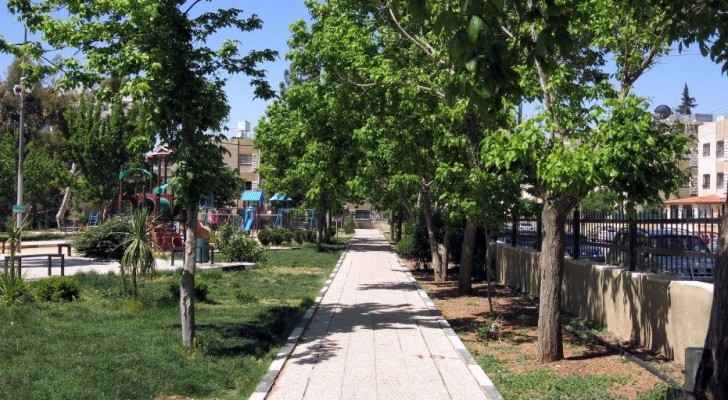 Amman is getting greener and more accommodating of green spaces.

Every year, the Greater Amman Municipality (GAM) plants one million seedlings that will grow to become forest trees and decorative plants. Out of those, 700,000 seedlings are planted on pavements and roundabouts, and in public parks, while the rest are placed in municipalities and governmental institutions.

Mervat al-Mherat, Deputy for Health and Agricultural Affairs in Amman, said that the city regularly gets those plants from five main agricultural centres in Jubeiha, Muqabalain, Tlaa’ Al ali, Downtown and Al Mahattah.

Meanwhile, this year and the coming year will witness the rehabilitation and greenifying of 67 public parks across Amman, 99 streets and central islands and pavements.

Amman Mayor Yousef Shawarbeh confirmed that GAM has set plan in motion to increase green spaces and maintain the ones already in existence.

Shawarbeh noted that it requires a lot of effort to keep the city’s 145 public parks in good shape, adding that in an effort to prevent any form of vandalism, an agreement with the Public Security Directorate (PSD) has ensured that every park is manned with security officers for the safety of visitors and the park itself.

The Mayor insisted that pavements must be made more walking-friendly too, adding that it is necessary to take into account residents’ opinions on how they would like to improve their neighbourhoods.