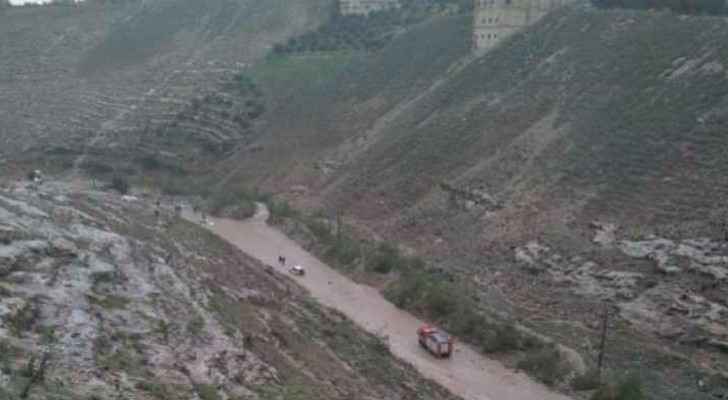 Governor of Irbid, Radwan Otoum, announced on Sunday, November 11, 2018, the closure of the Wadi (valley) Ghafar road to traffic throughout this winter, and ordered a security patrol to implement the decision, adding that the road is an alternative road and extremely dangerous, pointing out that citizens should use the main, international road instead.

The valley road, which connects the city of Irbid to Northern Aghwar, does not cut more than three kilometers from the distance compared to the international road, which is a safe and a multi-lane road, added Otoum.

The Governor explained that a campaign to remove rubbish and clear up rainwater drainage to limit risks of floods in the valley has been launched. He pointed out that some citizens insist on using the road despite the dangers during winter, and despite the repeated warnings, which has led to many incidents of floods trapping people.

The security patrol on site is intended to inform citizens that the road is closed and should not be used, in addition to intercepting any illegal dumping of rubbish by heavy machinery, instead of using landfills.

For his part, Irbid Police Director, Brigadier Amjad Khreisat, said that a patrol will ensure that the valley road remains empty of traffic, noting that official agencies suffer greatly during rescue operations in the valley due to high water levels caused by heavy rain.

Mayors of Irbid, West Irbid, and the Joint Services Council stressed that the valley road is not only dangerous in winter, but also due to the environmental hazzard of accumulated rubbish dumping, which is in violation of environmental legislation.

They added that citizens should be concerned of the dangers caused by their behavior, and not use the valley road.

Universities are exploiting students in light of COVID-19 ....

Universities are exploiting students in light of ....

Universities are exploiting students in light ....

Universities are exploiting students in ....

Scientists warn of hundreds of thousands of viruses that ....

Scientists warn of hundreds of thousands of ....

Scientists warn of hundreds of thousands of ....

Scientists warn of hundreds of ....