Younis Qandil talks to Roya about being kidnapped, tortured

Younis Qandil talks to Roya while he lays in hospital after being kidnapped and tortured. (Roya) 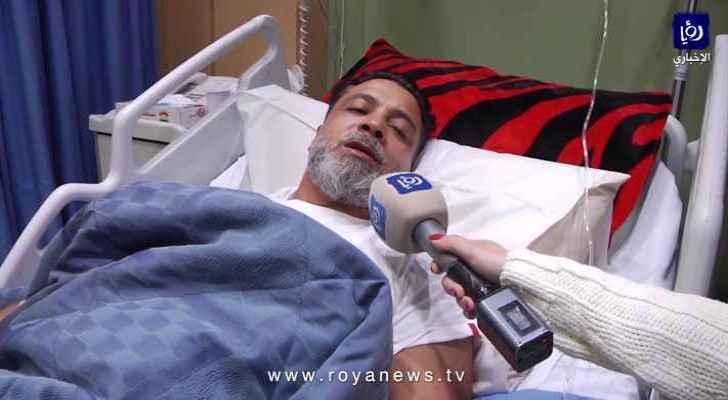 Younis Qandil, Secretary General of research institute “Mominoun Without Borders,” who was kidnapped and tortured by an armed gang on Friday night, November, 9, spoke to Roya about his ordeal in an exclusive interview on Saturday.

Speaking from his hospital bed, Qandil said that “it is of the utmost importance to be virtuous at such a difficult time, in order not to escalate events.”

Qandil stressed the necessity for building an inclusive community that cares about national interests, noting that right now, there is “a bloody consequence attached to a person's different way of thinking, which gives people the authority to assault each other in any way they wish.”

Qandil also pointed out that there is a politicized Islamic current which has been targeting his institute, noting that even in Morocco, there has been a vicious campaign against his company, due to its adoption of an untraditional, more open Islamic thesis that does not agree with that current’s political Islam.

“We want to build religion on understanding not coercion in religion Political Islam,” he said.

Confirming what his brother had told Roya on Saturday, Qandil said that he received direct threats from Islamists via Facebook, while Yusuf al-Qaradawi, the “supreme authority of the Muslim Brotherhood” in Morocco, branded him and his institute as “atheists.”

Qandil noted that while Qaradawi, who has now assumed the role of President of the International Union of Muslim Scholars, has referred to him as an infidel, “Mominoun Without Borders” have often invited him to lecture at their events to show that they are tolerant towards all Islamic schools of thought.

Describing his ordeal with the kidnappers, Qandil said that it was a “gruesome” experience, in which he was stripped off his clothes, tied up, burned with fire and slashed on the back with a knife.

Qandil was was stopped by three armed, masked men on a highway in Amman, and was forced to leave his vehicle and accompany the suspect to a forest in Zarqa on Friday night.

The picture below shows the torture marks on Qandil’s body, after spending nine hours under the mercy of his kidnappers.