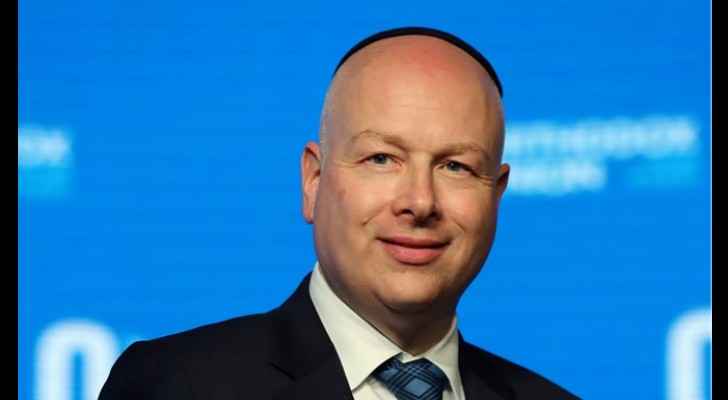 US White House Envoy Jason Greenblatt, said in a closed meeting, that the US administration will soon be presenting President Trump's peace plan in the Middle East.

According to Israel’s Channel 10, the meeting was held in London, and organized by the UK Association for the Wellbeing of Israel’s Soldiers.

Greenblatt allegedly said that “Neither side is going to like everything written in the peace plan, and there will be a need to compromise.”

“We are sure that if both sides agree to enter negotiations, they will understand why we reached the conclusions that will be presented in the peace plan.”

The US envoy stressed that the goal of the American peace plan, or "deal of the century”, is to reach a permanent agreement between Israel and Palestine, instead of temporary agreements.

Greenblatt reportedly said, "before you form an opinion about Trump's peace plan, read it from beginning to end."
"Don't listen to rumors about the plan.”

Two weeks ago, an official from the Israeli Ministry of Foreign Affairs said that France will submit a peace plan if the US doesn’t submit its own plan, after midterm elections.