It's a cold, rainy day in Jordan. (Roya) 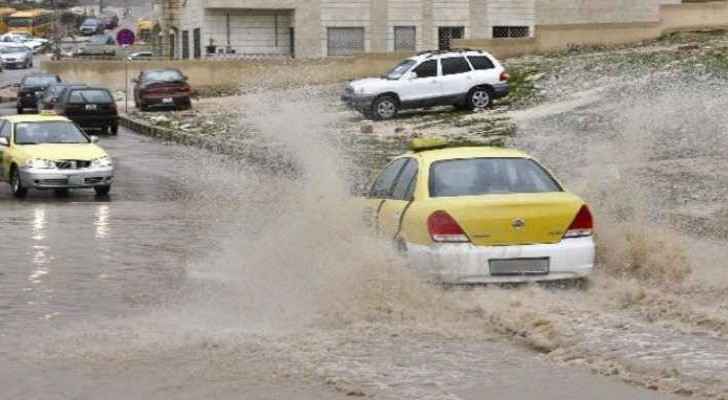 Citizens, beware, as rain has continued to fall at a medium to heavy pace since the morning on Saturday, November 10.

Those in particular danger are the ones living or staying close to valleys and low areas, where heavy floods have formed on Friday and led to the death of 11 people, while Civil Defense Directorate (CDD) and the Jordanian Armed Forces search and rescue teams are currently searching for two missing people, and have evacuated thousands in south Jordan.

The CDD has warned that on Saturday, heavy currents and floods will likely form in valleys and low areas in central and northern Jordan, particularly in the Dead Sea area, Karak, Tafilah and the Sharah mountains.

They have also warned citizens of very strong winds that are dangerous and will occur during thunderstorms.

At night, cold weather will dominate most of the country, while rain is predicted in most areas as well. However, the weather will become more stable as the night goes on.

The Public Security Directorate (PSD) said that this morning, all the roads have been clear and running smoothly across the Kingdom, with the exception of the following roads, due to the high levels of water: Dead Sea Road towards Al Omari Bridge, headed towards Al Jafr in Ma’an.

For emergencies and enquiries, call the PSD on 911.

Jordan extends condolences to US over flood ....

Jordan extends condolences to US over flood ....

Jordan extends condolences to US over ....

Female dies after being shot in her house in Ma'an

Female dies after being shot in her ....