Search and rescue efforts in Dab'a 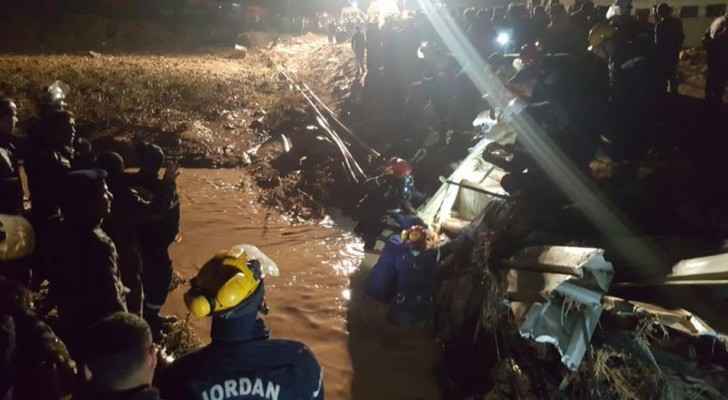 The Gendarmerie in coordination with the Directorate of External Patrols of the Civil Defense Directorate (CDD), managed to open the Desert Highway in the Dab'a, which has been closed for several hours. Army vehicles and Jordanian soldiers arrived to Dab'a to support efforts of the CDD and public security forces in the search and rescue operations. The Army opened the highway by first pulling out more than ten heavy machineries that broke down or got surrounded by the floods, causing the closure of the road.

Since the early hours of sunset, the gendarmerie has announced highest alert to all its units, especially in the central and southern regions of the Kingdom, to provide support to all areas afflicted by floods.