Report: half million dead since War on Terror began

Report: half million dead since War on Terror began 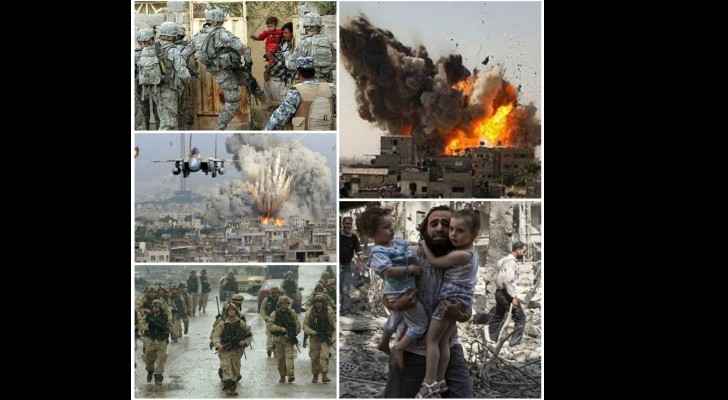 At least 500,000 people have been killed in Iraq, Afghanistan and Pakistan since the United States launched its "war on terror”, according to the report “Human Cost of the Post-9/11 Wars: Lethality and the Need for Transparency”, released on Thursday, November 8, 2018.

According to the report by the Watson Institute for International and Public Affairs at Brown University, after the September 11, 2001 attacks, the US killed between 480 and 507 thousand people, indicating that the actual numbers may be higher.

The university said in a statement that the new statistics show a “110,000 increase over the last count” done two years ago in August 2016".

"Though the war on terror is often overlooked by the American public, press and lawmakers, the increased body count signals that, far from diminishing, this war remains intense.”

The report includes civilians, armed fighters, local police and security forces, as well as US and allied troops. About 7,000 US troops have been killed in Iraq and Afghanistan.

"We may never know the total direct death toll in these wars," wrote Nera Crawford, the author of the report.

"For example, tens of thousands of civilians may have died in retaking Mosul and other cities from ISIS but their bodies have likely not been recovered.”

The report does not include the indirect victims of the conflicts, including those killed by the spread of diseases or the lack of basic infrastructure or resources.

However, the report acknowledged that due to limited reporting, and the "great uncertainty in any count of killing in war”, the number of people killed is an “undercount".

The United Nations High Commission for Refugees (UNHCR) has documented millions of refugees and internally displaced persons in the major US war zones. Displacement is an ongoing reality for those affected by the wars.