The Teachers Syndicate might go on strike on Sunday. (13abc) 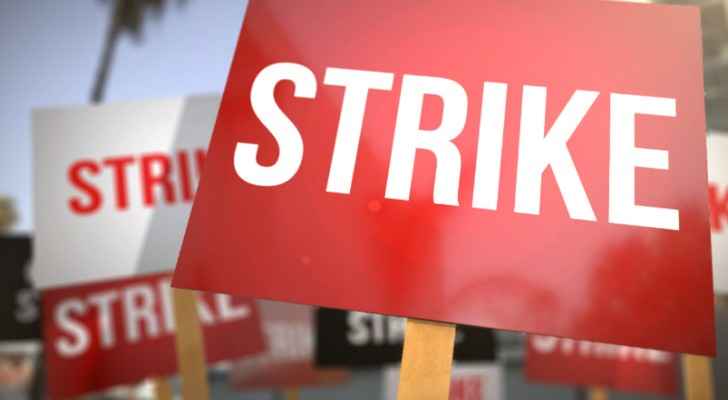 An emergency meeting was held by the Jordanian Teachers Syndicate on Thursday afternoon, November 8, to discuss potentially going on strike next Sunday, November 11, in protest of the Public Prosecutor General office’s decision to detain several teachers from Victoria College School and employees at the Ministry of Education, whom they said should be held accountable for the Dead Sea incident.

The Syndicate will release a statement today with details of which Governorates will take part in the strike and how long it will last for.

On Tuesday, November 6, the Headmistress of Victoria College was detained in light of the tragic Dead Sea events, which claimed the lives of 14 students and one teacher from her school.

Earlier today, the family of Raya al Majali, the teacher who died on that doomed school trip to the Dead Sea, expressed their support and sympathy for the headmistress.

"In my name and in the name of my father, Abdulwali Al Majali, and in the name of my family of the teacher Raya Abdulwali Al-Majali, we pray to God to release the director of Victoria School Principal, Nurahan (Umm Talal), from her anguish and distress, and we stand by her... In honor of my sister’s soul, and of all the martyrs of the Dead Sea… I here by stand with her against the arrest.

Aren’t her own calamity and her own sorrow enough? As all the Dead Sea student martyrs are her children, and no one can know the amount of suffering except those who lose a loved one, and she herself is a mother and had lost her own daughter, the teacher Yasmeen Al Kbesi.

If she had 1% knowledge that the field trip is dangerous, she wouldn’t have sent students including her own daughter, the teacher Yasmeen.

The Principal of Victoria School ... the mother of the honorable teacher, Yasmeen Al Kbesi.

May Allah have mercy on the martyrs of the Dead Sea ... and free their parents from suffering.”

The Jordanian public has been in two minds about who should be held responsible for the deaths, however, many believe that both Victoria College and the Ministry of Education should be held accountable, seeing as they had the chance to cancel the field trip due to previous warnings about the bad weather conditions, yet they chose to risk the students and teachers’ lives and go ahead with the trip.