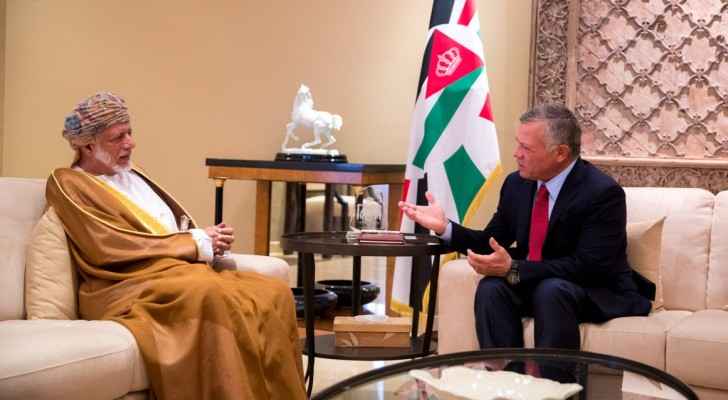 Bin Abdullah delivered a letter to His Majesty from Sultan Qaboos bin Said of Oman.

His Majesty voiced his pride in the deep-rooted ties that connect Jordan and Oman. He also expressed his interest in further boosting coordination and consultations in ways that will serve both countries.

The meeting also addressed the Palestinian-Israeli conflict along with the need to find a fair solution that is based on establishing an independent Palestinian state with East Jerusalem as its capital.

The King and the Omani Minister discussed issues of common interest in the region, including the importance of reaching a political solution to achieve security and stability.

The meeting was attended by the Minister of Foreign Affairs, Advisor to His Majesty, the Director of His Majesty's Office, and the Omani Ambassador to Jordan.