Amman was flooded by heavy rainfall in 2015. (Roya) 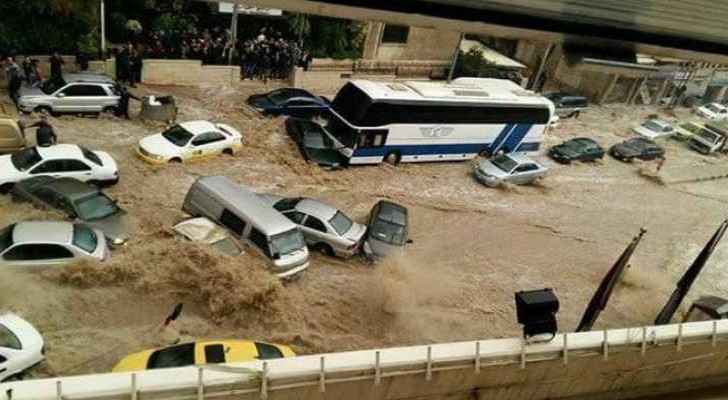 It was exactly three years ago today that the residents of Amman saw their city almost drown before their eyes.

Although the country was blessed with plenty of rain in 2015, the consequences were fatal.

The city came to a temporary standstill as heavy floods claimed the lives of four people and injured dozens others, while hundreds of people were trapped in their homes.

Vehicles in all sizes and shapes, garbage bins, trolleys and other items were swept away by the floods. Car tunnels on the Sixth, Seventh and Fourth circle were filled with water.

This year, flash floods caused a national tragedy when a school bus, cars, and 21 adults and children were swept away and drowned in the water.

The weather today is cold and temperatures are expected to get colder into the evening.

Thick fog and scattered rain in different parts of northern and central Jordan are also predicted for Tuesday.