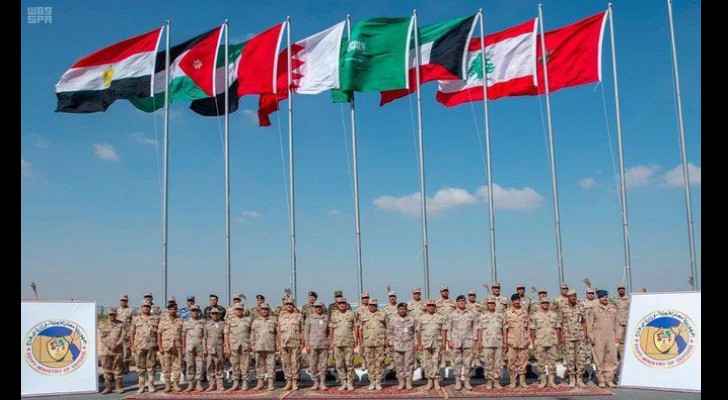 Since the beginning of 2018, 25 military exercises have been held in the Arab region, with Arab, Western and Asian participation; of which the most prominent are the “Bright Star" and the “Arab Shield”.

Manoeuvres varied between ground frouce, air, naval, or Arab special forces, in participation with Turkey, the US, Russia, as well as France, Germany, UK and Pakistan.

According to official statements, the objectives of these exercises are: the fight against terrorism, the strengthening of military relations, confrontation of regional threats, and the supporting of stability effort.

In an interview with Anadolu news agency, retired Jordanian Lt. General, Qassed Mahmoud, said that these manoeuvres are "a mechanism of military cooperation, aimed at creating a state of operational understanding, which may be required if necessary as well as simulating operational scenarios possible under certain threats.”

Mahmoud, also the former Deputy Chairman of the Joint Chiefs of Staff of the Jordanian Armed Forces, said that the escalation of joint military exercises between Arab countries and others from outside the region signal a "critical stage ahead which can result in either international understandings or deep confrontations."

According to Mahmoud, the increase in frequency of military exercises is due to four reasons, against the backdrop of current regional tensions:

“The world in general is living a very critical and dangerous phase,” stressed Mahmoud.

"We may be at a real crossroads: either we go to calm and peace, and international understandings, or reach deeper levels of confrontation and the high costs of war. I hope it’s not the second.”

According to official data complied by Anadolu, the most prominent exercises during the past 11 months of 2018 in the Arab region, are as follows: