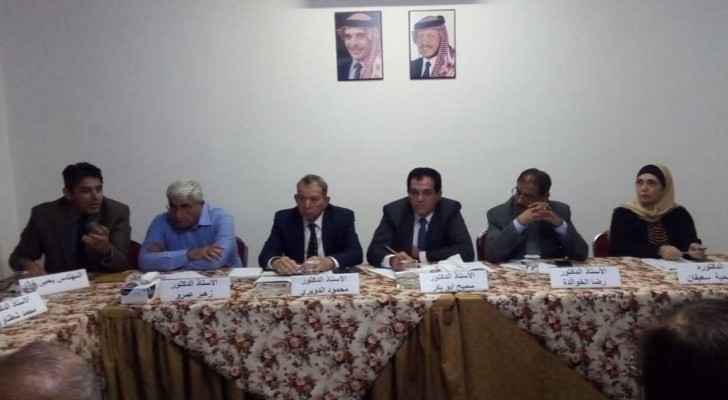 Experts in the agricultural and environmental sector warned that, due to the drastic changes of climate, a number of plants and animals that originate in the Hashemite Kingdom Jordan are currently facing the danger of extinction.

During a seminar organized by the Jordan Society for Scientific Research (JSSR) and conducted by the Chairman of JSSR’s Agriculture and Environment Committee, Dr. Sameeh Abu Baker, the need of establishing a central bank that preserves the genes of Jordanian flora and fauna has been discussed.

The seminar which focused on the biodiversity in Jordan, addressed the urgency of the matter, as former Minister of Agriculture, Dr. Mahmoud Duweiri, stressed that these resources are very important as they directly affect the economy.

Duweiri called for the protection and preservation of the natural ecosystem. He also affirmed the need for promoting a national awareness that addresses the significance of biodiversity.

Former Minister of Agriculture, Rida Khawaldeh, called for organizing a national conference that includes all existing expertise and concerned parties in order to create effective strategies that serve and regulate this sector.

Khawaldeh stressed on the importance of collaboration between all concerned sectors in order to reach tangible results that would benefit everyone.

Zuhair Amr, a researcher from the University of Science and Technology, stated that there is a unique collection of fauna originates in Jordan, adding that the country has a number of species that are not found anywhere else.

Chairman of the Royal Society for the Conservation of Nature (RSCN), Khalid Yahya, presented strategies to protect biodiversity in Jordan, pointing out that Jordan has already started in its protection plan when RSCN was established, 52 years ago.

Yahya also pointed out that Jordan, according to studies, is considered a great representation of an ecosystem, stressing the importance of applying the suggestive plans done by the extensive researches in order to protect nature.

Agricultural researcher and expert from Al-Balqa' Applied University (BAU), Dr. Mohammed Awad Shatnawi, called for developing a national strategy that collaborates between researchers in order to preserve the local plants threatened by extinction, noting that in every part of Jordan there are plants threatened with extinction that must be saved.

Dr. Sobhia Isaifan from Al-Ahliyya Amman University presented the status of genetic banks around the world and how they preserve genetic material, stressing the importance of these banks as a safety valve that preserves biodiversity.

The seminar included several issues that affirmed the importance of biodiversity and its preservation as a national treasure.