10 Rumors about the Dead Sea Tragedy

10 Rumors about the Dead Sea Tragedy 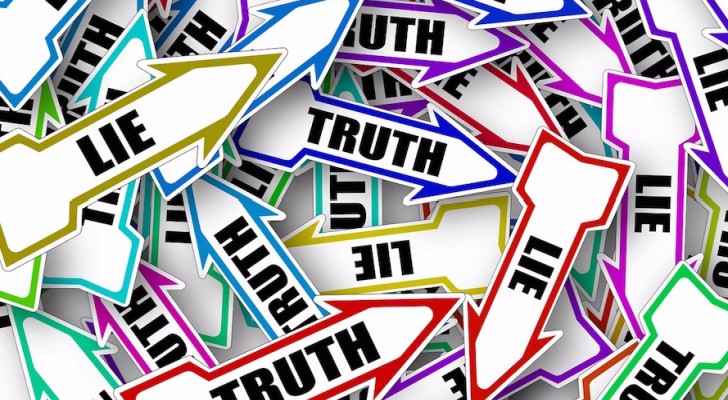 The Dead Sea Tragedy which took the lives of 21 and injured 43 others, was rife with rumors, where some were officially denied and others debunked by the process of events that followed, according to a monitoring conducted by "Akeed".

Rumors started circulating since the day of the tragedy, October 25, 2018 until the 29 th, and amounted to ten rumors. And despite the repeated denials, these rumors stayed in circulation through social media, and some even reached news outlets.

Following are the details of these rumors and the official explanation:

The rumor was circulated following the help of Israeli helicopters in search and rescue effort of the missing children in the Dead Sea. This is what Reuters and Israeli Defense Forces (IDF) spokesman, Avichai Adraee, reported.

According to three statements, one by an official, one by a security source, and a third by the spokesman of the Ministry of Health Hatem al-Azrai.
This rumor was not covered by the official media, but has remained within websites and social media, and was denied by news outlets.

Rumors of the Ma’in dam opening it’s floodgates and causing the cataclysmic flood was citied by accounts of “eyewitnesses” who said that they saw the dam empty of water the morning after the tragedy, after it was full in previous days.

Others went back to previous statements by Acting Secretary General of the Jordan Valley Authority, Amir Al-Kuz , when he said in June 2018, that a concrete slab in the body of the dam is damaged.

This rumor was denied four times, by Al-Kuz, the Ministry of Water and Irrigation (MWI) spokesman, Omar Salama, the Minister of Water and Irrigation, Raed Abu Saud, during the meeting of the committee set up by Prime Minister, Omar Razzaz, to hear testimonies and statements about the tragedy, and finally by engineer expert, Issa Haddadin, in an interview with Jordanian news agency "Petra".

This rumor was limited to social media, and denied by the news outlets.

This rumor circulated on social media platforms about the diversion of the Ma’in waterfalls which caused the tragedy in the Dead Sea.

The rumor, however, was not officially denied, but news articles were written to clarify the matter, according to statements of the director of the Ma’in Spa Resort, George Seuti.

The rumor did not reach news outlets or websites, and remained popular in social media.

The resignation of Tourism Minister, Lina Annab, and Education Minister, Azmi Mahafza in the wake of the Dead Sea Tragedy.

Hours went by until each of the ministers denied the matter.

According to websites, the principal of the private school, whose students died in the Dead Sea Tragedy, also died after a heart attack following the news of her own daughter’s demise in the tragedy.

The negation came directly from the principal, and another informed source, confirming that the principal did suffer a heart attack, but her condition is stable and will be release from the hospital soon.

News outlets did not address or deny the rumor, which stayed on websites, with a strong presence in social media.

As soon as security forces and gendarmes were present in the vicinity of the school building, social media circulated the news of angry parents burning down the school.

The rumor remained online, even though the sequence of events automatically contradicted it. News outlets neither addressed nor denied the rumor.

The connection between the Dead Sea incident and the collapse of a bridge in the same area was circulated everywhere: on news outlets, websites, and social media platforms.

The new was extensively covered on the day after the Tragedy. Reports on location depicting the collapse as a consequence and a cause alike.

This was rebutted twice by the Minister of Public Works and Housing, Falah Al-Amoush, once on Friday morning, and again in the evening.

News outlets then began to limit coverage linking the two incident together, and instead followed up on the renovation and rehabilitation procedures of the dilapidated infrastructure.

Social networking sites circulated a video of a successful rescue of a student hanging for life as a flood rages under the bridge. It turned out the video is of floods in Algiers and not the Dead Sea.

News outlets refrained from circulating or denying this rumor, while some websites chose to clarify the confusion, albeit on a small scale compared to the popularity of the video on the eve of the Tragedy, circulating on websites and social platforms.

The internet circulated a video of foreign tourists who miraculously avoided death as a flash flood raged their way, turned out to be not in Jordan and from the year 2016.

The video was never rebutted, and is still trending online to this day.

Another trending video of camels struggling and drowning in a flood turned out that it was old and from Morocco.

'Shireen Abu Akleh may have been killed by Israeli Defense ....

'Shireen Abu Akleh may have been killed ....