King Abdullah meeting with Chairman of the Joint Chiefs-of-Staff. 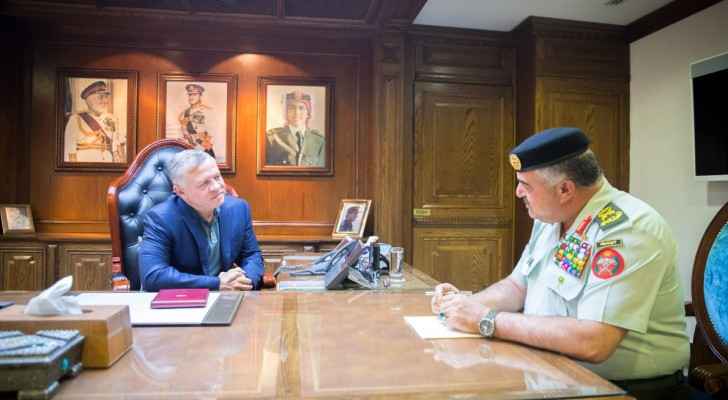 His Majesty was received by Chairman of the Joint Chiefs-of-Staff Lt. Gen. Mahmoud Freihat.

The meeting discussed many issues concerning the Jordanian Army. His Majesty commended the efforts exerted by the Armed Forces during the Dead Sea Floods incident, stressing his pride in the readiness and professionalism of the Army officers.

The King also expressed his pride in the efforts of the armed forces in defending Jordan's security and stability. He expressed his high confidence in the advanced and distinguished level that JAF’s training, arming and preparation.