Twenty-two people have died and 43 were injured in the Dead Sea incident on Thursday. (Roya) 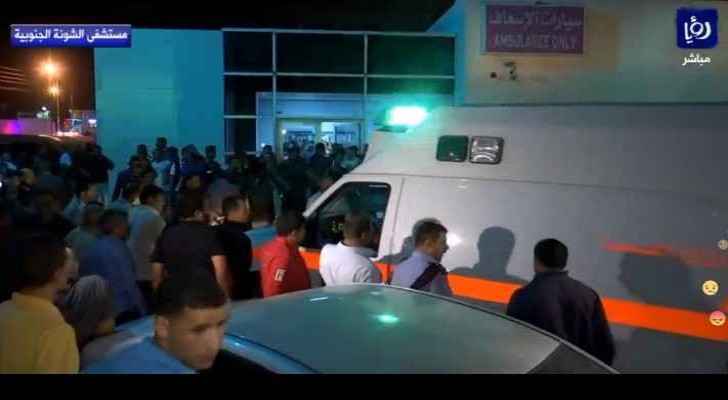 All the individuals who were injured during the Dead Sea floods were treated at Jordanian hospitals, Ghazi Zaben, the Minister of Health, said on Friday, October 26, 2018.

Zaben dismissed the rumor that some of those injured were treated at Israeli hospitals, affirming that Jordanian hospitals provide the best healthcare and are capable of treating a large number of patients.

Zaben added that everyone who was treated at the South Shouna Hospital has now been discharged, with the exception of one person, who is currently being monitored by doctors.

The minister said that two cases, brothers, who arrived at the South Shouna Hospital were referred to the Al-Hussein Hospital in Salt, while three others were transferred to al-Bashir Hospital in Amman.

Twenty-two people have died and 43 were injured in the Dead Sea incident on Thursday.

On Thursday night, 13 forensic doctors at al-Bashir Hospital in Amman identified 18 out of the 22 casualties of the Dead Sea flood incident.