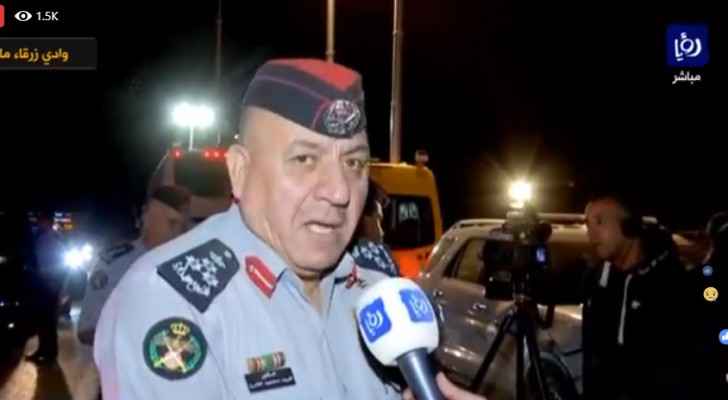 In an interview with Head of Operation Unit in the Civil Defense Directorate (CDD), Brig. Gen. Farid Sharaa, details about the Dead Sea flood tragedy were revealed.

According to Sharaa, a total of 44 individuals (37 students and 7 teachers) were in Wadi Mai'n area as part of a school trip, when they were suddenly engulfed by a rain-caused flood.

Heavy rains started pouring at around 3:00pm, causing water to come down from the Madaba mountains into the valley where the field trip was taking place.

"For seven continuous hours, we have been working nonstop... an area larger than 10 KM was extensively searched," Sharaa added.

CDD paramedics also provided medical care to those were injured. The search for missing persons is ongoing and air force helicopters have been deployed to comb the area and search for survivors. Marine divers and swimmers are still at the site in hopes of finding more survivors, he concluded.