The new fleet of MAN compactors 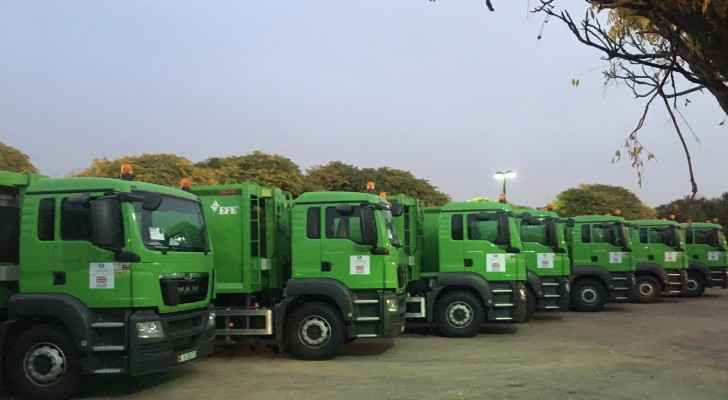 The Greater Amman Municipality (GAM) is following policies and strategies aimed at raising the level of services to citizens, as stated by Amman Mayor, Yousef Shawarbeh, October 24, 2018.

101 German MAN compactor trucks, specialized in environmental services, have been introduced to GAM’s fleet, in a ceremony, attended by the British and German Ambassadors in Amman, and representatives from the German MAN SE Automaker Company, the Turkish company Ive, the Vice President of the Nuqul Group, and the City Manager of Amman, Eng. Omar Al-Lozi.

26 trucks are funded by the British Government in a £5 million grant, and the other 75 are funded by the European Bank for Reconstruction and Development (EBRD) for $75 million, who is financing 50% of the tender.

Mayor Al-Shawarbeh said that the vehicles will help the city’s fleet for environmental services and the efficiency of recycling plants in Amman.

He expressed pride in the strategic relations with the EU and other international institutions that provided funding for these mechanisms, and the existing strategic partnership with the private sector. Russeifa streets flood because of a ....