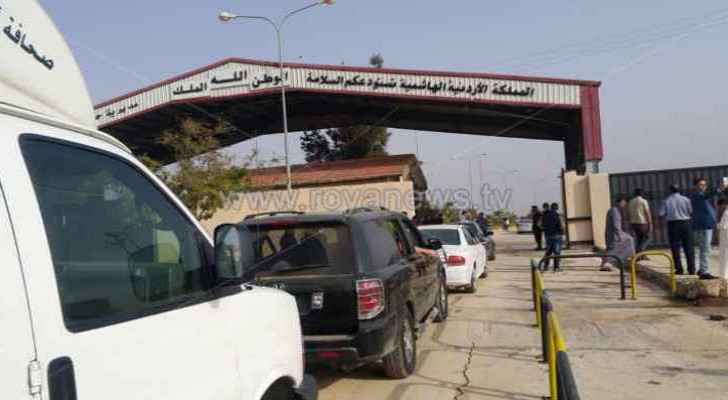 Governor of Mafraq, Yaser Al-Adwan, told Roya that the traffic jam on the Jaber Border Crossing this morning, October 23, 2018, is due to travellers arriving too early, before official hours start.

Working hours at the Jordanian-Syrian border are daily from 8 am to 4 pm. Entry after 3 pm is denied. Adwan pointed out that inspection procedures carried out by the security services take time, and travellers should abide by the times given.

The Governor added that the Ministry of Public Works will rehabilitate the road, and add barriers to reduce traffic violations committed by some citizens.