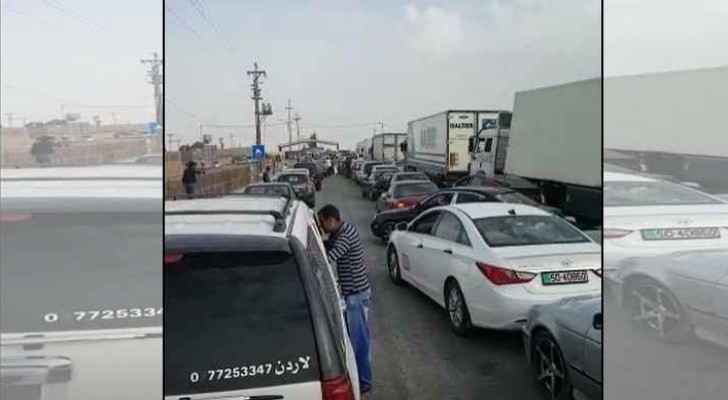 The Jordanian-Syrian, Jaber Border crossing, is witnessing heavy traffic congestion towards Syria, since the early hours of Tuesday morning, October 23, 2018.

Hundreds of vehicles have been waiting to cross into Syria since 6 am, but traffic hasn’t moved for three hours, one citizen told Roya.

He added that some vehicles turn around and go back against the traffic, which led to drivers getting into fights, and the injured were taken to a hospital.

He pointed out, that the security offices open at 8 am.