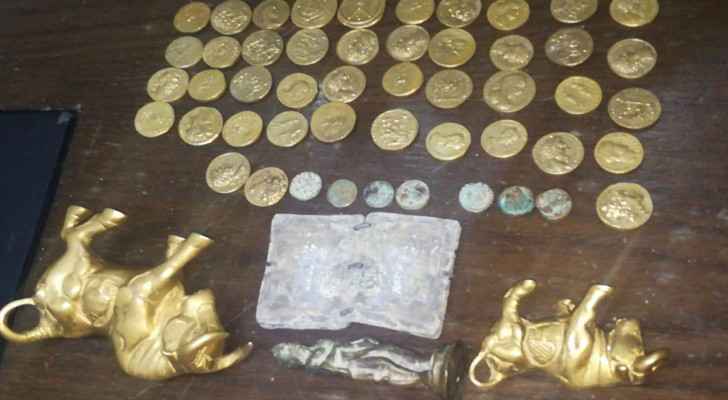 Jordanian Special Branch of the Public Security Directorate’s (PSD) arrested three people displaying pieces for sale, which are believed to be antiques, according to a statement issues by PSD spokesman, Colonel Amer Sartawi, on Sunday, October 21, 2018.

Sartawi said that information was received about a group of people displaying a collection of artifacts for sale.

The PSD arrested three people in the capital, and confiscated three golden statues, a book made of copper, 43 gold coins, and seven small bronze coins.

Sartawi added that the artifacts were sent to the Department of Antiquities to determine wether they have historical value.