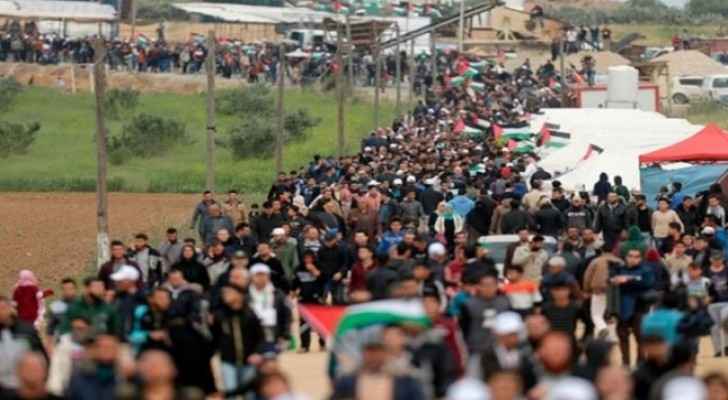 Palestinians are preparing to participate in another peaceful ‘Great March of Return’ this Friday, October 19, 2018, under the title "Gaza rises and the West Bank unites."

This comes at a time of reinforcements by the Israeli Occupation being re-charged along the border of Gaza Strip following a Palestinian rocket that fell on, and destroyed, a house in Beersheba two days ago.

Israeli Prime Minister Benjamin Netanyahu, who held a security-related meeting with his cabinet, vowed to take "very strong actions". Israeli Defense Minister Avigdor Liberman responded to the same incident by closing the Erez and Kerem Shalom crossings and reducing the fishing allowance in the Gaza Strip to three nautical miles.

According to press sources, about 60 tanks and armored troops are present near the border.