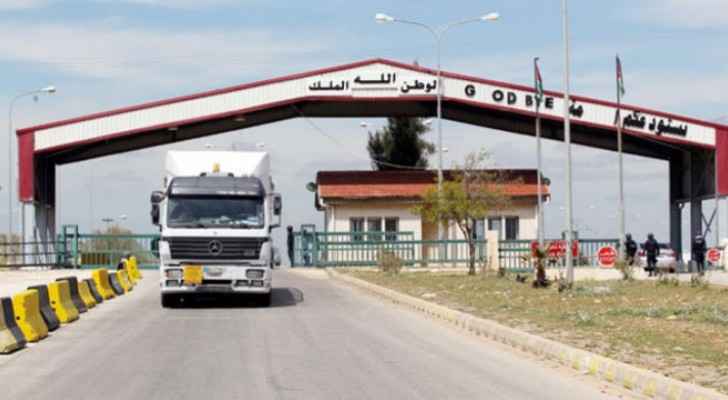 Daoud told Raya that Syrian trucks –which were loaded with cleaning solutions and commercial cleaning supplies– have entered into the Kingdom on Thursday to mark the re-initiation of trade through land transport between the two countries.

This incident coincided with the arrival of a Syrian Transporters Union’s delegation to the Hashemite Kingdom of Jordan.

Daoud added that on October 19, 2018, another 15 trucks will be entering into Jordan, some of which are to be delivering goods to the local markets while others are transiting through the Kingdom.

Chairman of the Syrian Federation of International Freight Forwarders (SFIFF), Mohammed Saleh Kaishour, commented that the process of transportation was both smooth and efficient, noting that there are no complications from the Jordanian or the Syrian sides.

Kaishour added that the number of Syrian trucks coming to Jordan is on the rise.