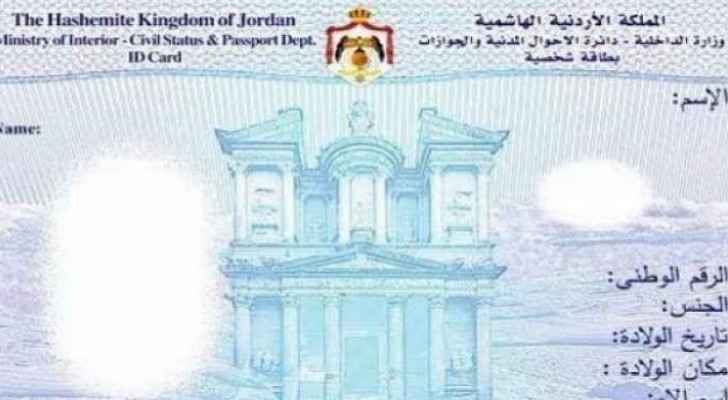 Jordan Civil Status and Passports Department (CSPD) announced on October 15, 2018 that the government has decided on extending the period set for issuing Smart IDs until the end of this year.

Jordanians can replace their old IDs with the new ‘Smart’ ones until the end of December, 2018 in all branches of the department, the statement detailed.

Although CSPD had previously set September 31, 2018 to mark as the deadline of IDs issuing, an extension was proposed in order to give those who didn’t renew their IDs to do so.

In its statement, CSPD urged those who haven’t received their new IDs yet to do so as soon as possible because old IDs will no longer be recognized as valid.