Monkey kills woman with a coconut in Sri Lanka

The monkey picked up a coconut and threw it on the woman's head. (NPR) 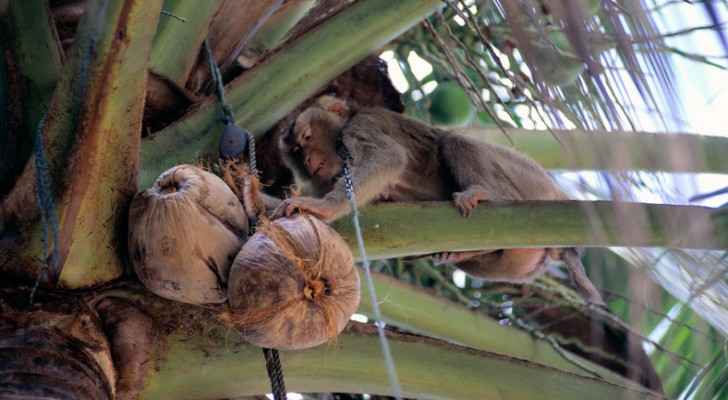 An elderly woman was killed by a monkey on Friday, after the wild animal hit her over the head with a large coconut in Sri Lanka, according to Asia One.

Ranjani Kularatna, 72, was sitting in her front garden in the village of Hulangamuwa, 150km away from Colombo, when a monkey climbed up a coconut tree and threw the fruit in her direction, the source added.

The woman received an aggressive blow to the head when the coconut landed on top of her, causing her serious injuries and immediately killing her.

Sri Lanka is home to five types of primates, most notably the Toque Macaque (Macaca sinica), Purple Faced Langur (Trachypithecus vetulus) and the Red Slender Loris (Loris tardigradus). All three types have been listed as endangered by the IUCN Red List and “amongst the world’s 25 most endangered primates,” according to Absolute Sri Lankan Safari.

If you’re visiting the South Asian country, you will likely “bump into” a monkey almost everywhere you go.