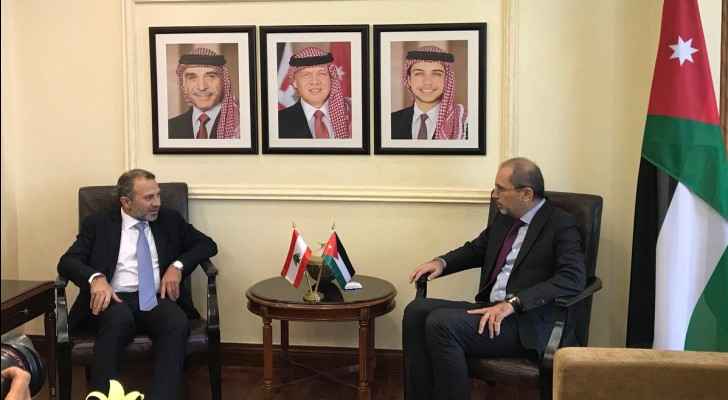 Jordanian Minister of Foreign and Expatriates Affairs, Ayman Safadi, met with Lebanese counterpart, Gebran Bassil, who arrived to Jordan earlier today, on October 9, 2018 after he paid a visit to Kuwait.

The two discussed trade and security cooperation between their countries as well adressing issues of mutual concern.

The Lebanese Embassy in Amman shared a photo from the meeting which was also attended by the Lebanese Ambassador to the Hashemite Kingdom of Jordan, Tracy Chamoun, along other members of the Lebanese delegation.