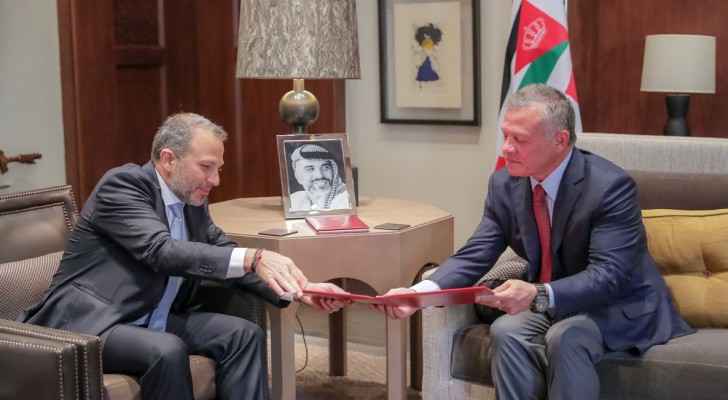 Bassil delivered an invitation sent by Lebanese President Michel Aoun to His Majesty for upcoming Arab Economic and Social Development Summit that is to take place in January 2019 in the Lebanese Capital, Beirut.

The meeting discussed the deep-rooted relation of Lebanon and Jordan as well as the importance of strengthening the mutual efforts in both countries to further address current regional challenges and issues of common concern.

Other subjects tackled during the meeting included finding solutions to challenges affiliated with the Palestinian issue as well as the Syrian crisis.

Minister of Foreign Affairs and Expatriate Affairs, Ayman Safadi, Adviser to His Majesty and Director of the Office of His Majesty, Manar Dabbas, and the Lebanese Ambassador to the Hashemite Kingdom of Jordan, Tracy Chamoun.