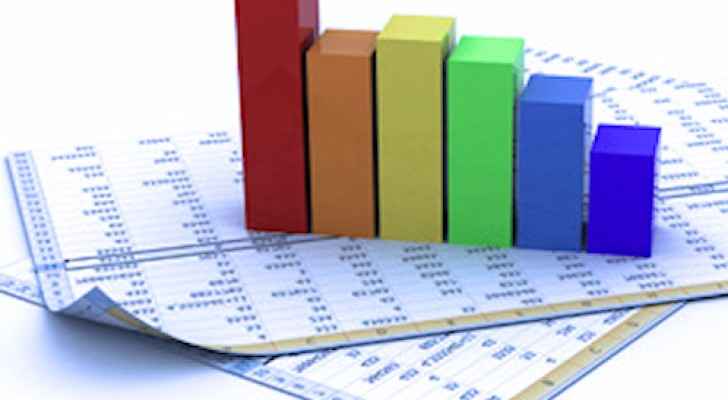 A study issued by the Jordan Strategy Forum (JSF) shows Jordan's international position in terms of bank loans issued and in comparison to the Gross Domestic Product (GDP) of the Kingdom.

The study covers the value of individual and family loans, small and medium-sized enterprises (SMEs), as well JSF’s recommendations to the increase of money borrowing in Jordan. Individual and family debts are high in Jordan, draining 67.4% of their income, according to a report issued by the Jordanian Central Bank (JCB) at the end of 2017.

In addition, the volume of loans granted to individuals and families relative to Jordan’s GDP marks a 37.2%, which is significantly higher than Japan, Sweden, United States, Norway and France. On the other hand, International Monetary Fund (IMF) data shows a low 7.37% lending rate for SMEs, which is lower than Georgia, Poland, Chile, Turkey, Belgium, Latvia and Malaysia. In its recommendation, JSF reported that banks should take into consideration the credit risk of high loaning to individuals and families and conduct associated studies into the sector’s expansion.
The JCB Financial Stability Report, issued end of 2017, shows that there are around 9 banks in which their clients’ debt margin exceed 50% of their monthly income.

As for lending to SMEs, JSF sees it necessary to study the reasons of decline in loan borrowing from such an important economic sector, which makes up 95% of the Jordanian private sector. Increasing credit facility loans to SMEs will contribute in helping these companies grow and expand.

In summary, JSF’s recommendations are as follows:
1. Diversify banks' credit portfolios to reduce risk by increasing lending to SMEs.
2. Facilitating lending to the private sector in general to expand its investments, which will have a positive impact on GDP.
3. And finally, strengthening the partnership between government and private sectors to enhance economic growth opportunities and increase per capita income, thereby reducing the risk of lending to individuals.