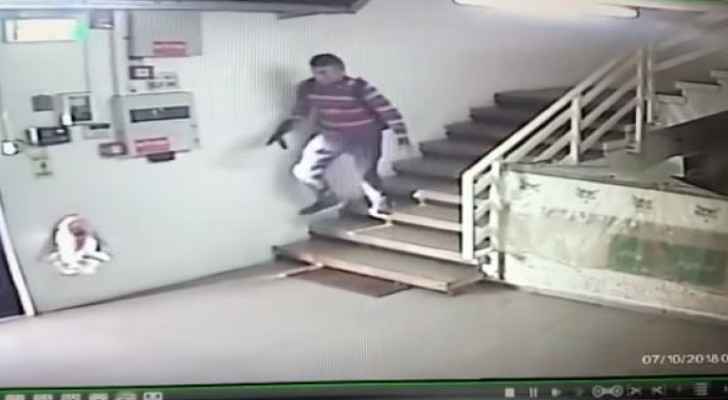 A 23-year Palestinian male has opened fire on Israeli settlers in north of the occupied West Bank, earlier on Sunday, October 7, 2018.

The Israeli Forces stated that the shooting resulted in two deaths and another serious injury. It took place near an Israeli settlement named the Barkan industrial zone, a place where a large number of Palestinians attend for work on daily basis.

The incident was captured on video through a surveillance camera installed in the area. The footage, which was later broadcasted on TV, shows an armed man running away from the shooting scene.

Authorities stated that the weapon was identified as a homemade 'Carlo' gun and that the shooter appears to be a former worker in the same industrial zone and resides in the West Bank city of Tulkarem.

Below is the video showing the shooter fleeing the building in which he opened fire on the settlers:

Currently, Israeli occupation forces are combing the area in searched for the shooter. Entrances and crossing points around the village -where the shooter is suspect to be hiding- is surrounded by military barriers and security checks.

WhatsApp will not allow users to read or send messages if ....

WhatsApp will not allow users to read ....