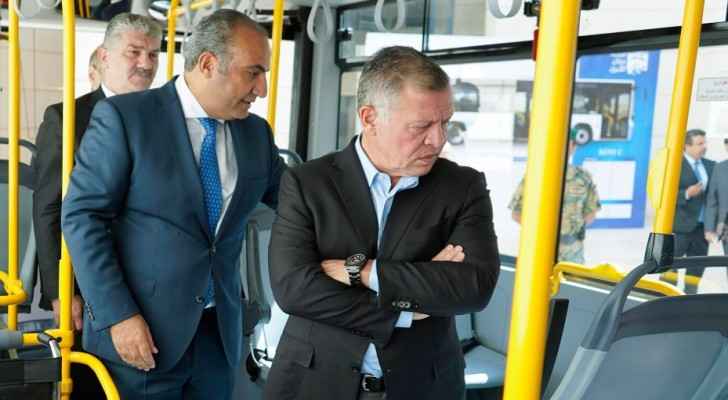 The King, who was accompanied by Jordanian Prime Minister, Omar Razzaz, was briefed on GAM plans and its programmes as well busses. Later, His Majesty chaired a meeting which was attended by GAM employees.