The thefts started several days ago in Amman. (Roya) 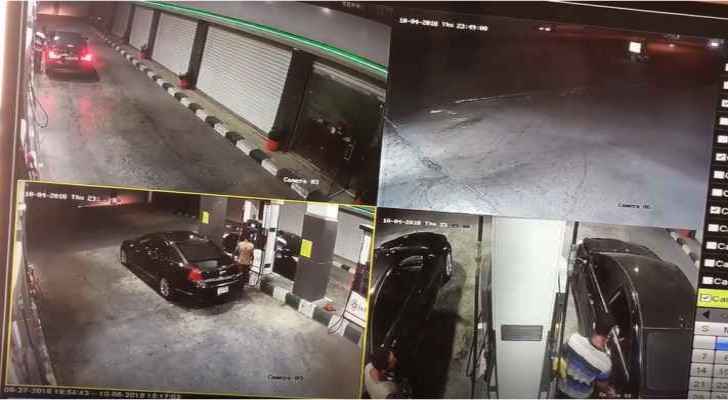 Over the weekend in Jordan, many of you might have received a WhatsApp message with a video of a black car stealing from different petrol stations across Amman.

More videos of the criminal car made the rounds on social media on Saturday.

The men seen in the videos would drive into a petrol station under the pretense that they were filling up with petrol, before aggressively grabbing money away from the filler/attendant's hand and fleeing the scene of the crime.

In one video, a gas station attendant was shockingly pulled into the moving vehicle through the window, while desperately latching on to the cash that the culprits were trying to grab away from his hands.

The thefts have raised questions about Jordan’s dwindling economy and the safety of petrol station employees.

Some social media users have argued that many people living under the poverty line are so desperate for money, that they have resorted to creating a “new trend” - similar to the wave of bank robberies that swept Jordan several months ago - involving robbing petrol stations.

However, those in disagreement stressed that neither poverty nor desperation should ever justify stealing, with some going as far as suggesting to "cut off every thief's hand to scare others off crime."

Meanwhile, "conspiracy theorists" suggested that the gas station attendees were “in on the robberies” and were sharing a chunk of the stolen cash with the robbers.

An ex-petrol station employee said that at his former place of work, each attendee had to hand over the money to their supervisor for safekeeping once it had reached JD200-300.

Another social media user recommended that Jordanian petrol stations must adopt a “fool proof” method used in Canada, where drivers are required to pay before filling up their gas tanks.

The police are currently looking for the infamous black car and have urged anyone with more information to come forward.

No economic feasibility in Jordan-Israeli ....

No economic feasibility in Jordan-Israeli ....

No economic feasibility in ....