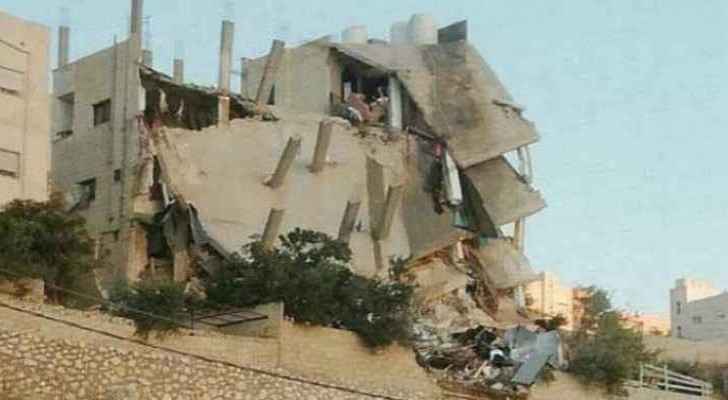 The committee formed to assess the damage caused to the demolished building which was occupied by terrorist, in Nagb Al Dabbour, Salt, on August 12, 2018, has reached a decision, according to an official source.

The committee concluded the financial value is JDs 150,000 and the recommendation has been forwarded to the Prime Ministry to complete the compensation procedures to the tenants of the building, the source told Roya.

A joint security force conducted a raid on the building on Saturday night of August 11, 2018. The raid was linked to the perpetrators of the terrorist bombing in Fuheis, which killed a Darak Sergeant and wounded six others. The building was demolished the next day in order to avoid the risk of a sudden collapse.