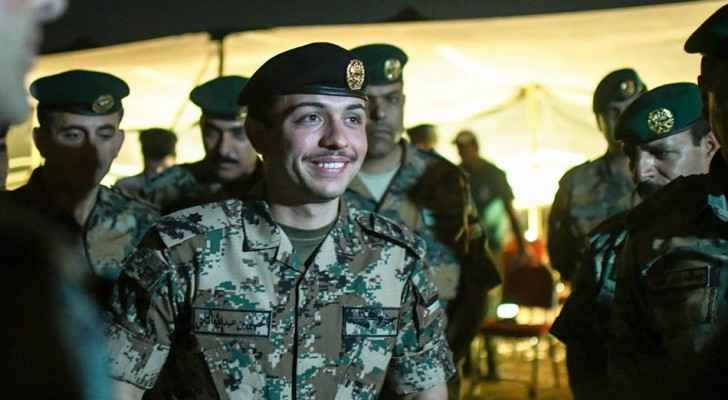 While conducting the tactical exercise, Prince Al Hussein was briefed on the procedures and components of the drill, which involved fields’ simulations, live ammunition, and aerial cover by attack helicopters.

The Crown Prince, who was accompanied by a group of Haqiq initiative knights, praised the professionalism and readiness of the personnel, as well as their high morale.

Haqiq targets ninth and tenth graders in public schools around the Kingdom and implements leadership programmes that include workshops, field visits, and camps to enhance youth engagement with their peers around Jordan, and empower them to effect positive change in society.