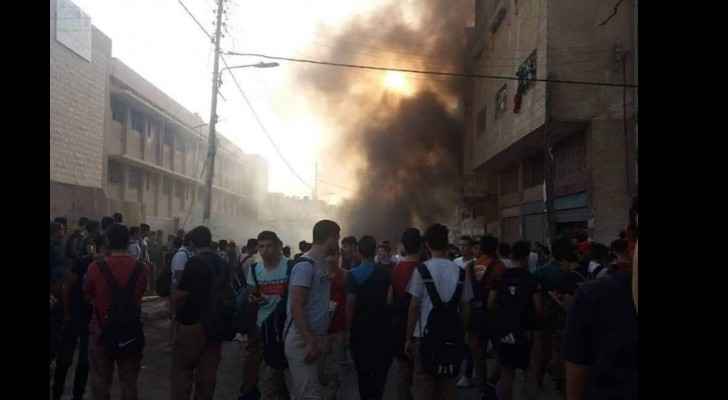 A number of highschool students staged a riot on Tuesday, October 2, 2018, in front of a school in Zarqa Governorate in protest against the General Secondary Education Certificate Examination (Tawjihi) program.

Tires were set on fire along with public rubbish containers, in rejection of the Ministry of Education’s “unfair decision”. The Board of Education has earlier announced that Tawjihi exams for this year will be held in one session instead of two.

The Ministry of Education said that it is too early to talk about any details concerning the Tawjihi examination schedules which are to be held mid June, 2019.

Education Ministry speaks about return to ....

Education Ministry speaks about return to ....