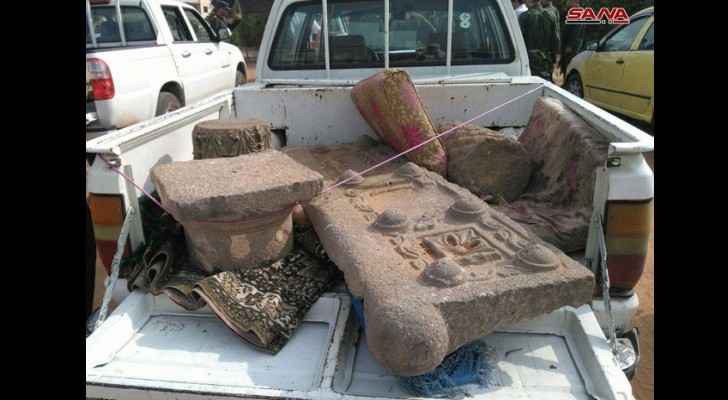 The Syrian Daraa Department of Antiquities (DDA), in collaboration with the Syrian police, foiled a smuggling attempt of Roman antiquities in the area of Tabriyat near the Jordanian borders.

The head of the DDA, Dr. Mohammad Khair Nasrallah, said in a statement to SANA, that the Department confiscated large and medium-sized basalt artifacts and a collection of copper and small glass bottles of great historical value that date back to the Roman period.

Nasrallah pointed out that the antiques were being smuggled by antiquities dealers who use terrorist groups to collect artifacts from the rich archaeological sites.

For his part, the Director of the Daraa District, Brigadier General Mohammed Askour, said that the Syrian Internal Security Forces patrols helped the DDA in restoring the valuable artifacts and returned them to the National Museum. He noted that the vigilance and awareness of the local community contributed for the second time in thwarting attempts of smuggling. 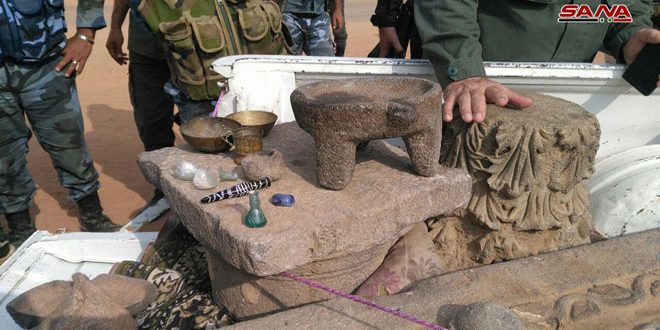