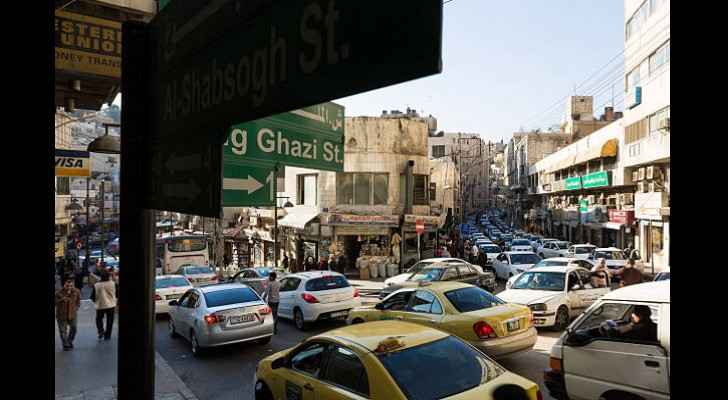 Downtown Amman is one of the most crowded areas in the capital, so it comes as great news that the Greater Amman Municipality (GAM) and the Central Traffic Department (CTD) are trialling tactical traffic solutions to reduce congestion and organize traffic better in that area.

Amman’s Mayor, Yousef al Shawarbeh, announced the decongestion plan on Saturday, noting that this came in response to demands by shopkeepers on the busy King Ghazi Street to organize the road and pavements better.

During his meeting with shopkeepers from Downtown Amman, Shawarbeh promised to study the redistribution of the openings in iron barriers on pavements to better serve shops, regulate pedestrian traffic and ensure the smooth flow of traffic.

Other issues being studied by GAM and the CTD are effective ways to revive the Raghadan Tourism Complex, methods to free up pavements from dozens of street vendors, and ways to better organize “shared taxi” (sarvees) routes and stops.