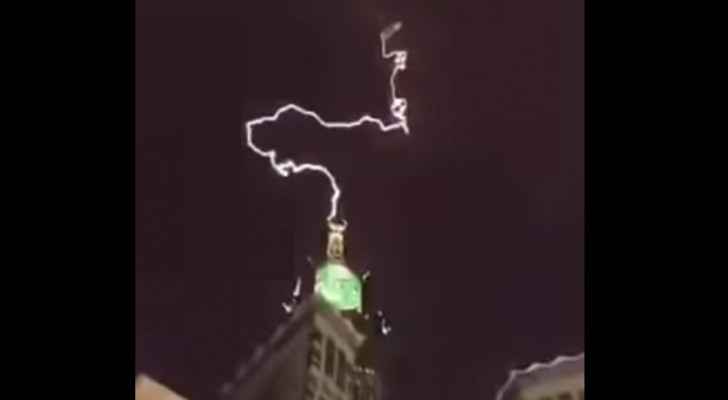 A lightning bolt struck Mecca Clock Tower on Thursday evening, September 27, 2018, causing it to stop working for the first time since its construction back in 2008.

Saudi activists on Twitter circulated a video, taken by one of the incident witnesses, showing the moment when the tower was hit by the lightning in Mecca.

Coinciding with heavy rains hit Mecca, this led to electricity disruption that affected a number of neighborhoods in the city.

The Saudi authorities called on Mecca residents to stay alert and cautious as the weather fluctuation is expected to prevail in the coming days.