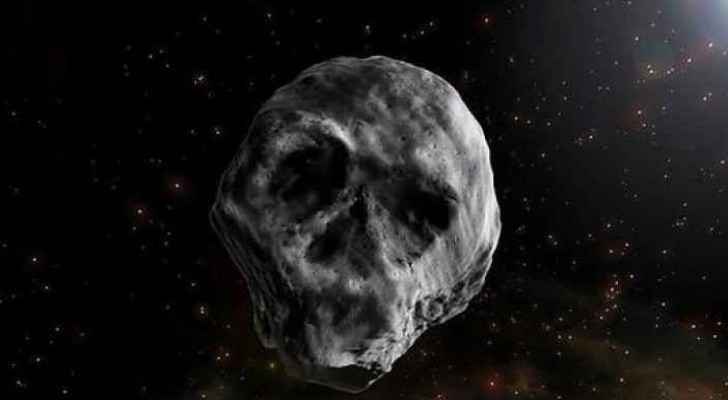 A huge celestial body will be approaching our planet in late October 2018, according to astronomical reports.

The asteroid is known as "asteroid 2015 TB145" and is referred to by other names such as the “Great Pumpkin”, as its proximity to Earth is nearest close to the celebration of "Halloween" in the United States.

The asteroid reached its closest approach to Earth in late October 2015, when it passed only 514,990 km away from us.

Earlier this year, scientist and professor of astrophysics at the Institute of Astrophysics of Andalusia in Spain, Pablo Santos-Sanz, published the specifications of the asteroid in a research paper and said it is likely to pass 386,242,56 km away from Earth in 2018.

According to the British newspaper The Daily Mail, the next dangerously close approach of this asteroid will be decades away, in early November of 2088.

NASA has made great progress in developing technology that can deter astronomical objects and move them away from the planet to avoid catastrophic damage.

NASA’s DART system is a planetary defence system for preventing impact of hazardous asteroids using kinetic energy to disrupt the path of the object in space and to distance it from the planet.

NASA will launch the DART system in 2020 in a test to target an asteroid called Didymos, a 160 meters wide in diameter object. The biggest bet is if DART will be able to deter bigger more dangerous asteroids.