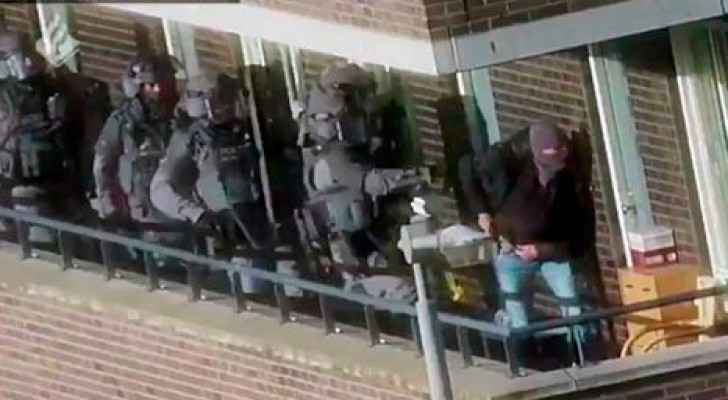 "The police arrested seven men on Thursday," the Public Prosecutor's office said in a statement. "They were at a very advanced stage in preparing for a major terrorist attack in the Netherlands. One of them wanted to "inflict many victims," the statement explained.

"The Public Prosecutor and the police are convinced that a terrorist attack was thwarted by the arrest of suspects late in the afternoon in Arnhem (east) and Ferret (south),” the statement added.

During the investigation, which started earlier and lasted for several months, the police tapped a group of men gathering around an Iraqi man (34 years) in prison, who was charged in 2017 of attempting to travel to areas controlled by ISIS, the statement said.

The suspects, from Arnhem, Rotterdam and villages close to these cities, are between 21 and 34 years old. Two of them had been previously sentenced to jail for trying to go to Iraq or Syria.

"One suspect from Arnhem wanted to commit an attack with a group during a major event in the Netherlands to inflict the largest number of casualties, according to the Dutch intelligence service," the statement added.

"They planned to carry out the attack using explosive belts and Kalashnikov rifles during a major event and blowing up a car bomb elsewhere," the Public Prosecutor's office statement said.

The suspects will be brought to an investigative judge in Rotterdam on Friday, September 28, 2018.

UK Muslim hijabis warned to stay indoors ahead of ‘Punish ....