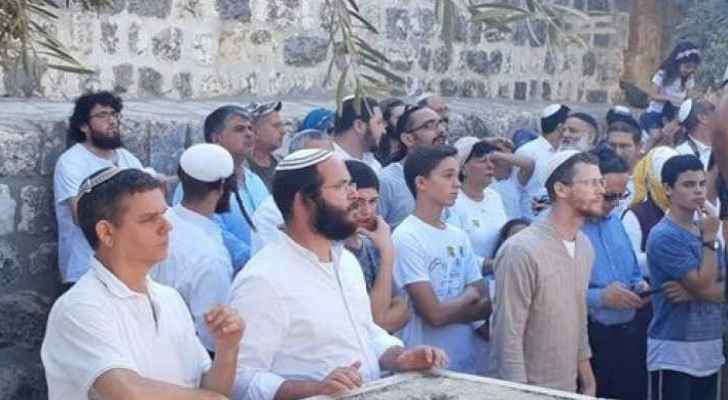 Hundreds of settlers stormed the Aqsa Mosque on the fourth day of the so-called Jewish "Throne Day”, on Thursday, September 27, 2018.

The Awqaf and Islamic Affairs in Jerusalem said that 509 settlers stormed Mughrabi Gate at 7:30 am, which is controlled by Israeli authorities until 9:30 am, as numbers of intruders are expected to increase.

The Israeli forces tightened their procedures on the entrances of the mosque and inside Al-Aqsa, with intensive presence in its yards, especially at the square of the Al-Qibli Chapel.

In addition to the deployment of the Israeli police on all roads, iron barriers were erected and identification papers are being held of all arrivals to the mosque.