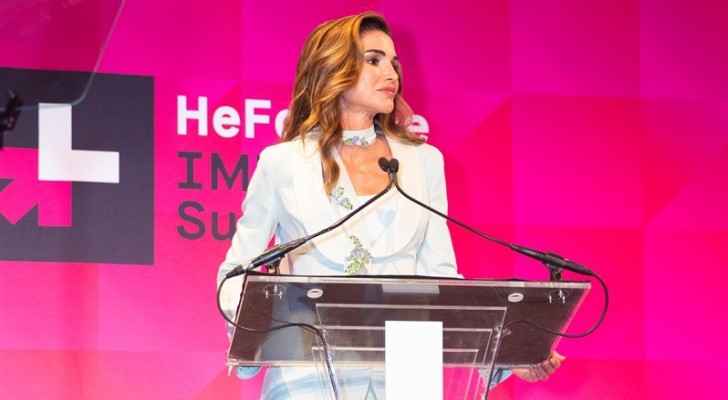 Her Majesty Queen Rania Al Abdullah described Arab women as determined during her speech at the IMPACT Summit of HeForShe –an initiative of UN Women– which took place on September 27, 2018 in New York.

As part of the 73rd session of the UN General Assembly, Her Majesty praised the strength of Arab women who, despite all the challenges they face, have a spirit made of “steel”.

Her Majesty also added that the civil war and armed conflicts have added to the challenges that Arab women generally face. The harsh circumstances of the region have tremendously affected these women, who were subjected to a new “heartbreaking set of hurdles.”

“Empowerment is contagious ... I see it lighting up the faces of our youngest girls … It is what I call ‘the reverse domino effect’: lift up one woman, and she’ll lift up others, who lift up more,” Her Majesty added.

Speakers of the Summit included presidents of Finland, Rwanda, Iceland, and Malawi, as well as actress and UN Women Global Goodwill Ambassador, Anne Hathaway, and actor and activist, Winston Duke.