Another failed meeting to discuss the ITB in Jerash

One person fainted during the clashes and was carried out of the hall to receive medical assistance. (Roya) 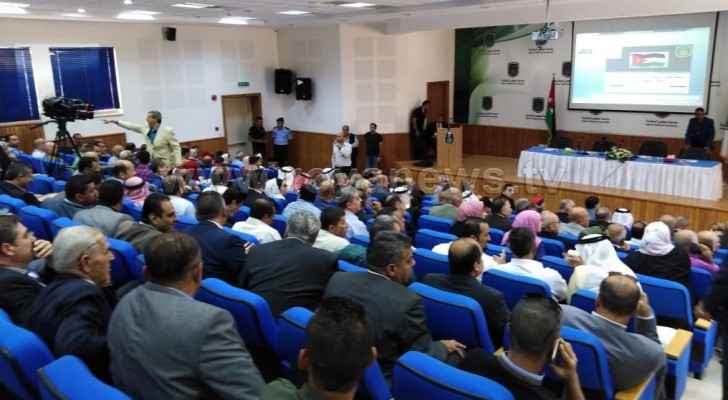 Infuriated Jerash citizens verbally clashed with Cabinet Members on Wednesday, during a meeting that was set to discuss the draft of the new Income Tax Bill (ITB).

After an hour of screaming matches and chaos, as ministers tried to set order in vain, the Cabinet left the hall to avoid further clashes with the angry citizens, who refused to allow the MPs to discuss the ITB.

One person fainted during the clashes and was carried out of the hall to receive medical assistance.

Four previous ministerial meetings in the Governorates of Tafileh, Ma’an, Mafraq and Zarqa witnessed the same chaotic scenes shown in the video below (in Ajloun on Wednesday, which followed the Jerash meeting), as citizens expressed their outrage at the contested ITB.