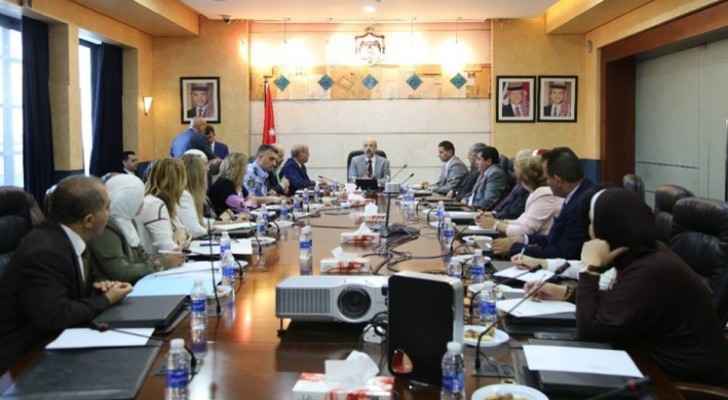 Jordanian Prime Minister, Omar Razzaz, stressed on the importance of following up with His Majesty King Abdullah’s vision –which also goes hand in hand with the recommendations of the National Centre for Human Rights (NCHR) Committee in 2017– to improve and enhance human rights in the Kingdom, the Prime Ministry reported on Tuesday, September 18, 2018.

Razzaz, who stated this during his meeting with NCHR at the Prime Ministry premises in Amman, added that the NCHR’s recommendations stresses the need of reviewing the regulations implemented in order to better serve developing the system which revolves around citizens.

Razzaz voiced Jordan’s key role in implementing human rights regulations, adding that complying with these regulations requires continuous development as well as keeping an open eye on the regulations adopted in advanced countries.

He then noted that what happened during the last few days during the Cabinet’s meetings with the citizens –publically discussing the draft of the Income Tax Bill– need to be reviewed and reflected upon in order to establish better communication channels between the government and the public.

It is worth mentioning that that Razzaz gave directions earlier to establish a Committee headed by the government’s representatives at the Prime Ministry to follow up on the human rights recommendations. He advised combining studies and reports regarding what’s being implemented of these recommendations.

Razzaz also directed all ministries and governmental departments as well as public institutions to deliver their feedback –each within its specified scope of work– on the regulations implemented, prior to the first of October, in order to include it in the report that will accordingly indicate the timeline needed for the upcoming plan.