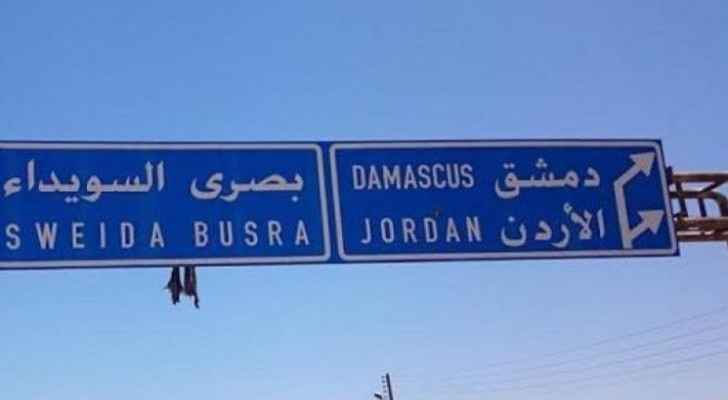 Jordanian military officials asserted that Jordan is very optimistic regarding the reopening of the Jordanian-Syrian Nasib Border Crossing, stressing on the need to establish a holistic plan that takes security procedures into consideration as the main priority.

Brigadier General, Mohammad Alawneh, said that the reopening of the borders between Jordan and Syria require more time to secure the crossing towards Damascus and other Syrian governorates to guarantee the safety of passengers.

The Syrian Army has regained full control of the Damascus-Amman Highway, leading all the way up to the Nasib Border Crossing near the Jordanian border back in July, 2018.

As for Major General Walid Kreshan, he stressed on the need to reach an agreement between the two sides to futher discuss the security mechanism that will be expected by the two countries. Adding that Jordan is very serious in reaching an agreement soon, which is almost ready following a series of mutual meetings between Syria and Jordan.