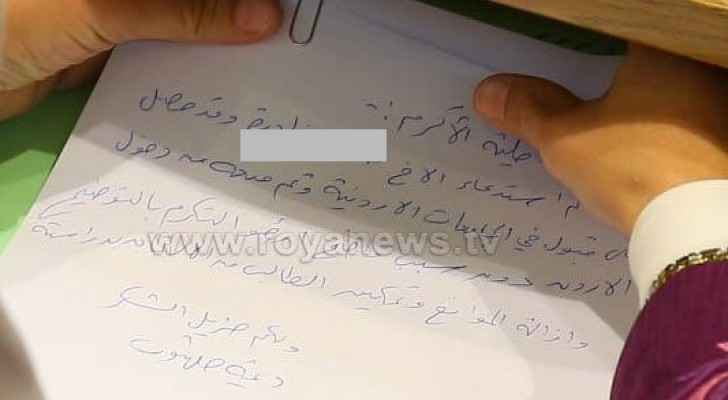 Roya's camera captured a letter that Member of the Parliament (MP) Dima Tahboub, held during the Jordanian Parliament discussion session regarding the draft law of funds of the Armed Forces and Security Services martyrs.

The letter, which is addressed to the Minister of Interior, reads:

Mr. (Masked Name) was called up. He was granted admission at the University of Jordan but was banned from entering Jordan. Kindly explain the reason and remove the ban to enable him to pursue his study. Tahboub: 'they accused me of Daeshism, so I referred to ....