Video: Man takes a dip in public fountain on the 3rd Circle

It is unknown why the man was swimming in the fountain. (Facebook) 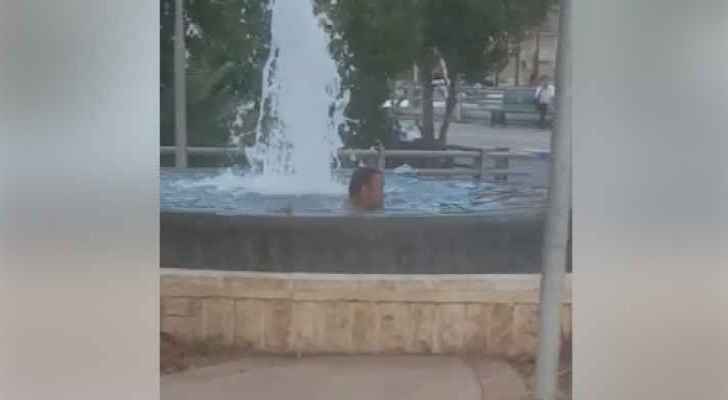 It has been pretty hot in Jordan lately, but surely that doesn’t warrant cooling off in a public fountain?

Social media users shared a video of a man taking a dip in a fountain on the 3rd Circle in Amman on Monday, with many applauding him for “using government property in whatever way he wishes.”

However, out of the hundreds of comments on the video, many claimed that the man is well-known in the area and that he has Down Syndrome, which they said explains his “unusual” behaviour.

Other frustrated users justified the man’s actions by noting that “it is too expensive to swim at a public pool in Amman, so he’s got the right idea.”

Was it appropriate to film the unsuspecting swimmer and share it all over the web? Not according to dozens of Jordanians, who argued that taking a video of a person who could be in distress is a breach of their privacy.

Roya was unable to reach the Greater Amman Municipality (GAM) and the Public Security Directorate (PSD) for comment.