The teachers unanimously agreed to be transferred to other schools. (Roya) 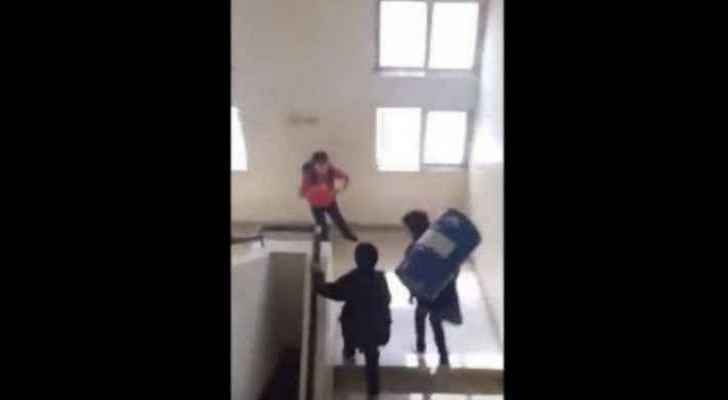 On Sunday, Jordanian social media users were stunned to see videos of dozens of pupils destroying their school in Madaba, on their first day back from summer holiday.

A human resources committee at the Ministry of Education’s Madaba branch announced on Thursday that teachers from Al Faisaleyyah school - where the vandalism took place - have been allocated to new schools, without specifying the schools’ locations.

The teachers unanimously agreed to be transferred to other schools.

The Jordanian Teachers’ Syndicate was in agreement with the committee.

Ahmad Al Hajaya, spokesperson for the Syndicate, told Roya that “the Syndicate is concerned that new teachers would not accept teaching positions at Al Faisaleyyah school.”

Al Hajaya revealed that an investigative team has found that some of the teachers were complicit in the school's destruction.

Mohammad Al Musallem, head of the Ministry of Education’s Madaba branch, said that the human resources committee is continuing its investigation into the incident, adding that “moving the teachers to new schools is not a form of punishment.”

School property was violently destroyed on Sunday after teachers and students protested against the appointment of a new headmaster, however, the teachers did not physically take part in destroying school property, nor were any of them seen in any of the viral videos.

The Ministry of Education has not addressed the elephant in the room: Will the students be punished for their actions? Social media users urged the ministry to force pupils to pay for damages and to be expelled from the school.