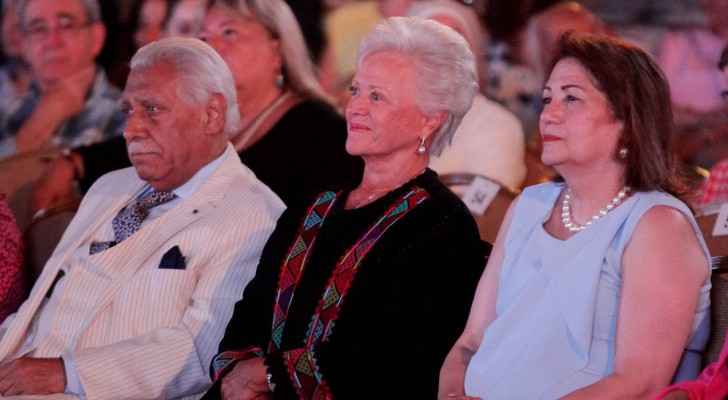 Her Royal Highness Princess Muna Al Hussein inaugurated the second annual session of the Amman Opera Festival, which was launched yesterday on September 4, 2018, at the Roman Amphitheater, Downtown Amman.

The festival launched with the "La bohème" Opera, which is an opera of four acts composed by the Italian musician Giacomo Puccini, conducted by the Jordanian soprano singer Zeina Barhoum and various international musicians of more than 10 different nationalities.

Zeina Barhoum and Bassem Al Khoury were selected to participate in the lead roles of the La boheme alongside singers from Georgia and Italy, aiming to build bridges of understanding through music and art.

The festival also collaborates with a number of non-profit organizations in order to help encourage young talent to practice opera.