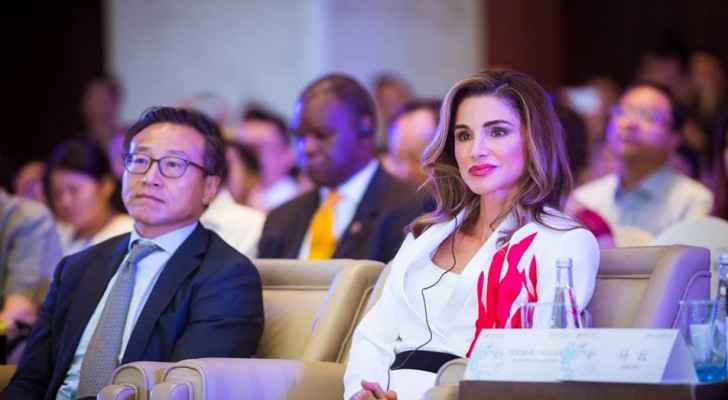 The Queen was received by Alibaba's Co-Founder and Chairman, Jack Ma, where she toured the Alibaba Group headquarters and met with the Group's executives.

Jack Ma introduced Her Majesty to Alibaba’s history and philosophy, advanced technologies, and philanthropic work. After the tour, Her Majesty joined Jack Ma and his executives for a brief on the company’s main initiatives.

In an interview which was published on September 4, 2018 by the Chinese Xinhua News Agency, Her Majesty Queen Rania Al Abdullah II expressed her excitement about the 2018 Alibaba XIN Philanthropy Conference in Hangzhou, China and stated that she was invited by the founder of Alibaba’s Group, Jack Ma, reported Xinhua.

The Queen expressed her excitement about visiting China again, about attending the Conference and about “collaborating further and exchanging knowledge with the Jack Ma Foundation …. So that we can work together on our common goal to promote access to quality education for all …. I can only be delighted to revisit China," Her Majesty added. Her Majesty also thanked China, which has recently donated 2.35 million dollars to the UN Relief and Works Agency for Palestine Refugees (UNRWA).

According to Xinhua, the Queen’s visit will also be concentrating on creating further means of collaboration in empowering the educational system in Jordan. "Our challenge is to continue to invest in the right kind of education, and to grow our economy in order to create more opportunities for them within Jordan," she said.