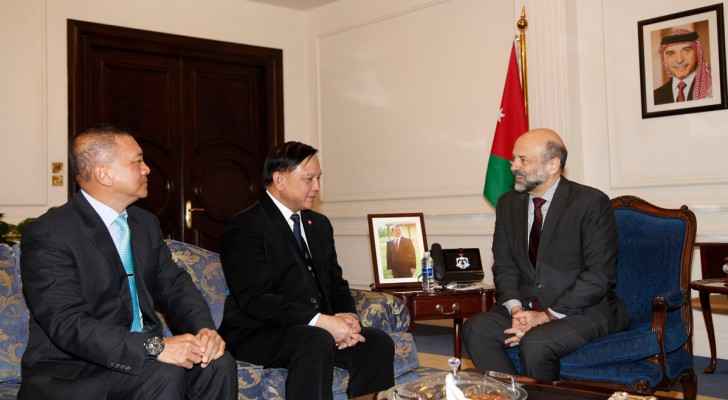 The meeting discussed the importance of enhancing the bond between Thailand and Jordan in fields of economy, trade and investment as well as booting the collaboration in tourism and education between the two countries.

Razzaz said that the Jordanian-Thai relation has always been a strong one. He pointed out that the two countries have many similar elements that can be used to further promote their potential whether in tourism, education or trade.

As for Admiral Amornthep, he pointed out his country is excited about boosting economic, educational and tourism relations with Jordan, stressing that the Legislative Council in Thailand will support the increasing cooperation between Amman and Bangkok.