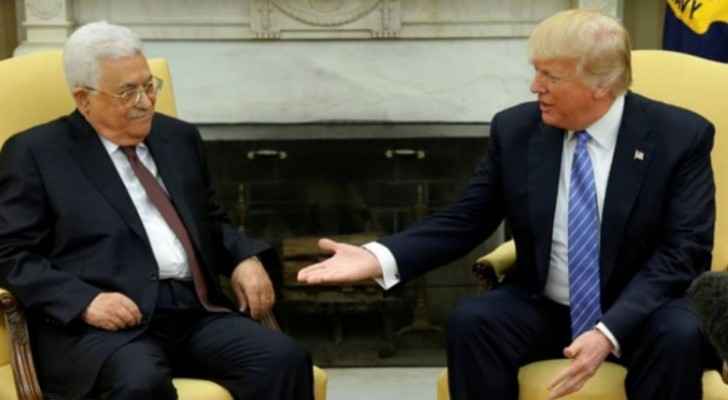 Palestinian President, Mahmoud Abbas, said that representatives of US President Donald Trump have approached him with a political solution –to the Israeli-Palestinian conflict– based on forming a confederation between the Palestinian Authority (PA) and Jordan, Abbas said on Sunday September 2, 2018.

According to Peace Now, Abbas told a number of Israeli lawmakers in a meeting on Sunday, that both the White House Special Representative for International Negotiations, Jason Greenblatt, and the US President Senior Adviser, Jared Kushner, asked him about his take on a suggested confederation with Jordan.

"I answered: Yes” … “I want a confederation with Jordan and Israel" said Abbas. The suggested confederation cannot be considered unless Israeli occupation becomes part of it, Abbas added.

While American and Israeli officials are yet to comment on the Palestinian leader's remarks, the Hashemite Kingdom of Jordan said that a Palestinian-Jordanian confederation was not welcomed.

Jordanian Minister of State for Media Affairs, Jumana Ghunaimat, matched her country’s stand, as she described the suggested confederation deal as “not up for discussion.”

Jordan will not agree to any compromises regarding the two-state solution and the establishment of an independent Palestinian State with East Jerusalem as the capital, Ghunaimat added.

A confederacy is when two (or more) states are joined together while each state retains its own sovereignty.

People stage sit-in in front of US Embassy in ....

People stage sit-in in front of US Embassy in ....